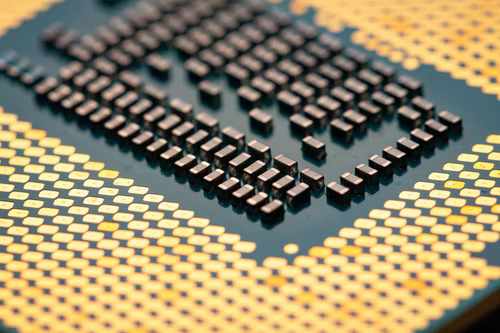 Hello, and thank you for visiting Tech-  blogging.com.
My name is Kunal Katke, and in this article, we'll discuss the top ten CPU benchmarking applications for Windows 10.
Benchmarking is a term that refers to a set of tests that are used to evaluate the performance of a computer's processor.
But, before you begin, keep in mind that this is a complicated technique that must be carried out with caution.
Thankfully, we've made it simple with a variety of CPU applications for Windows 10.
We've compiled a list of the finest options for you.
Speccy is at the top of the list.
Speccy, as the name implies, provides you with all of your computer's specs.
It provides comprehensive information about the motherboard, CPU, RAM, graphics card, and other components.
It provides precise information on your graphics card, among other things.
You may also view the temperature of vital components in real time to avoid computer problems.
Your scan findings can also be saved as an XML snapshot or a text file.
The HW Monitor is the runner-
up
.
It's one of the greatest Windows CPU benchmarking applications.
The HW monitor takes into account generating a model of the system's hardware components as well as measuring data like power consumption, fan speeds, clock speeds, utilization %, and more.
It can read the DICOR thermal sensors on current CPUs as well as hard drive temperatures.
Si
software Sandra Light is ranked third.
It is a free PC benchmarking program that allows specialists to obtain precise information about your computer's characteristics, such as CPU ports, chipset memory, sound cards, and so on.
printer Windows internals, networks, and so on are covered by Blogadapter.
Sandra Light from Sisoftware may also test your component or an online connection.
CPU- Z is the fourth.
CPU Z is a free benchmarking program that collects data on the CPU's key components, such as the processor name and number code name, packet cache level, and so on.
It includes parameters for your motherboard, graphic card RAM, and system components, as well as internal frequency and other memory frequency metrics for each course.
Fraps is the fifth.
Fraps is likewise free software that is well-
liked among gamers.
It's simple to use, and you can see and store frames per second.
FPS is incredibly handy for overclocking and testing gear.
In addition, it may be used to snap screenshots and record games.
Cinebench is a number.
Computer benchmarking software that works across several platforms provides data on computer performance.
Cinnamon is built on Maxon Cinema 4D, which is used in studios and production firms to create 3D material.
It's an excellent tool for comparing Windows vs Mac CPU and graphics performance.
It is free to use and can measure up to 256 processor threads. 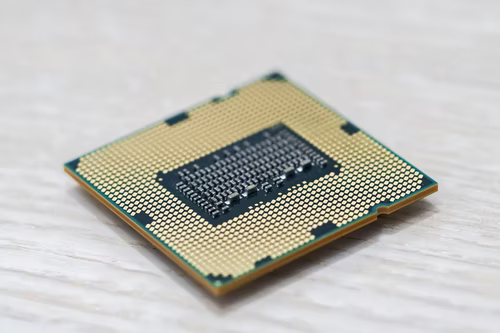 The true bench is the sixth.
Real Bench runs benchmarks and displays the results using free and open
-
source software such as
GIMP image editing, handbrake h.264 video compression, and LuxMark graphics.
Each test will examine different aspects of your computer's subsystem, with the final results compared on the official website.
MSI Afterburner is on the 8th.
The MSI Afterburner displays hardware data like as temperature, clock speed, and more.
It controls the graphics card and functions as an overclocking utility.
FPS is supposed to deliver on
-
screen information regarding your system's performance in real time.
MSI Afterburner is a free piece of software that works with all brands of graphics cards.
The Ninth is made up of only one suit.
It's also a free software benchmark that checks the reliability and maximum performance of graphics processing units.
Unigine superposition's new program is also advised for usage; it can do stress tests on any GPU, independent of brand or space.
However, you should be familiar with the toolbars that are used to evaluate the maximum limitations of your graphics card's FutureMark suit before utilizing it.
This FutureMark suite is free, and it says that if you run it before and after making modifications to your system, it will be able to identify stability and setup concerns.
You may compare tests and determine which hardware is the best.
It also assesses the impact of overclocking and system upgrades.
All of the top CPU benchmark software for Windows is listed above.
Electric current passes through computer circuits at 300,000 kilometers per second, or around 1 billion kilometers per hour, which is extremely near to the speed of light. 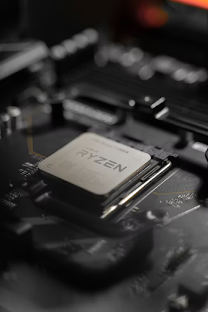 If an astronaut could fly at such speed, he could go to the moon and return in less than 4 seconds.
Because chips are so small that 25 of them could fit on a postage stamp, an electric current can easily make its way around all of the computer circuits in a few billionths of a second, allowing the computer to receive many millions of different on/off switching patterns in a single second, but we have a hard time grasping what all of this means because our perception of time is so different from our perception of space.
Here's an example that you're probably acquainted with.
This image of a horse and rider looks to be moving, but it isn't.
It's a sequence of static images projected at a pace of 24 frames per second to give the impression of continuous flowing movement.
The illusion works, for example, because the human eye is incapable of perceiving anything that lasts less than one twenty-
fourth of a second
.
We'd only be able to see this video at standard film speed if we painted every twenty-
fourth frame black
, because it would only be on the screen for one twenty-
fourth of a second
.
This is about the limit of our ability to perceive time.
We were visible to the computer.
At our size, we look to be moving about as quickly as a lump of rock, and the second or so it takes us to determine which key to push next appears to be a seven- or eight-year wait.
Please let us know what you think in the comments area and what you'd want to see more of in the IT sector.
We will have a blog about it soon at Tech-
Blogging.com.
Subscribe to our YouTube channel to receive frequent updates on new blogs.
at December 19, 2021 No comments:
Email ThisBlogThis!Share to TwitterShare to FacebookShare to Pinterest
Labels: computer processor speed test online, cpu benchmark test, CPU Test, processor definition computer, processor ranking laptop, processor speed for laptop, processor speed test, Processor speed test online
Location: Mumbai, Maharashtra, India
Older Posts Home
Subscribe to: Posts (Atom)