This is a tale about a world preoccupied with material possessions.
It's a tale about a broken system.
We're destroying the environment, destroying our other, and we're not even having fun.
The good news is that if we grasp the system, we may discover several opportunities to intervene and turn these problems into solutions.
I couldn't find my computer charger the other day.
My computer provides me with access to my work, friends, and music.
So I went into every drawer, even the one where this was kept.
I'm sure you have one as well, a tangle of outdated chargers, the sad relics of a bygone era of gadgets.
How did I accumulate so many of these items?
It's not like I'm constantly on the lookout for the next technology.
My old devices broke or grew outmoded to the point that I couldn't utilize them.
And none of these ancient chargers are compatible with my PC.
This isn't simply a case of bad luck.
It's a terrible design.
It's what I call "designed for the dump."
Isn't it ridiculous to say "Designed for the dump"?
But that makes perfect sense when you're trying to sell a lot of items.
It's a vital strategy for the electronics manufacturers.
It is, in fact, a critical component of our entire unsustainable material economy.
Creating items that can be thrown away fast is referred to as "design for the dump."
Electronics today are difficult to upgrade, easy to break, and difficult to repair.
My DVD player broke, so I took it to a repair shop.
Just to glance at it, the repairman demanded $50!
Target has a new one for $39.
Gordon Moore, the semiconductor pioneer and gigantic brain, predicted in the 1960s that electronics designers would be able to double processing speed every 18 months.
He's been correct so far.
Moore's Law is the name given to this phenomenon.
However, the employers of these brilliant designers managed to get it all mixed up.
They appear to believe that Moore's Law dictates that we must replace our old equipment every 18 months.
The difficulty is that our use of these items for 18 months is only a blip on the radar of their entire existence.
And it's here that these slum designers aren't simply hurting our wallets.
They're causing a global poisonous disaster!
Electronics, you see, begin where most things do: in mines and factories.
Many of our devices are made up of over 1,000 different materials that are transported in from all over the world to assembly sites.
Workers there use a variety of dangerous chemicals, including PVC, mercury, solvents, and flame retardants, to turn them into products.
Today, this frequently occurs in remote locations that are difficult to monitor.
But it used to happen near my home, in Silicon Valley, which is one of the most polluted regions in the United States because to the electronics industry.
According to IBM's own data, computer chip employees had 40% more miscarriages and were substantially more likely to die from blood, brain, and kidney cancer.
The similar trend is beginning to happen in other parts of the world.
The high-
tech business, i
t turns out, isn't as spotless as it appears.
So, after a hazardous journey around the world, the device lands in my hands.
For about a year, I adore it, and then it begins to stray from its prominent position on my desk or in my pocket.
Perhaps it spent some time in my garage before being discarded. 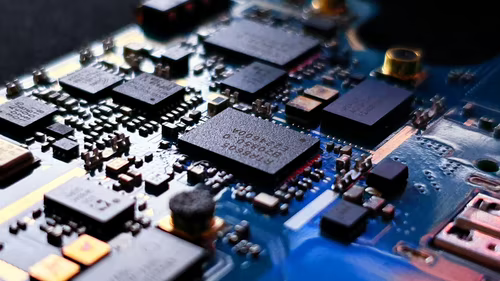 That takes us to disposal, which we consider to be the end of a product's useful life.
But, in reality, it's simply moved on to join the mounds of e-
waste we generate
every year.
Remember how poisonous chemicals were crammed into these devices?
Toxics in, toxics out, is the simple rule of production.
Computers, cellphones, televisions, and other electronic devices are just waiting for us to dispose of them, releasing all of their poisonous contents.
Even as we use them, some of them are slowly releasing this information.
People are replacing their outdated, bulky TVs with high-
definition flat screens.
They each contain around 5 pounds of lead.
As in, you've been poisoned by lead!
As a result, practically all of my e-
waste either end
s up in a landfill or is flown overseas to a garage workshop in Guiyu, China, where it is recycled.
I've been to a number of these so-
called recycling fa
cilities.
Workers sit on the ground, wearing no protective clothing, cracking open devices to extract the valuable metals within and throwing or burning the pieces that aren't worth anything.
So, while I'm working on the new gadget, my previous one is poisoning families in Guiyu, India, or Nigeria.
We generate 25 million tonnes of e-
waste each year,
which is either thrown, burned, or repurposed.
And that recycling is anything but environmentally friendly.
So, are the geniuses who design these technologies wicked geniuses as well?
I don't believe so, because the difficulties they're causing are carefully concealed even from themselves.
Because of this, the firms for which they work keep these human and environmental costs hidden from view and off their books.
It's all about externalizing genuine production costs.
Workers pay with their health instead of employers paying to make their workplaces safe.
Rather than paying for a redesign that uses fewer hazardous materials, the villages pay by losing access to safe drinking water.
Companies can continue to design for the dump by externalizing costs; they keep the profits while everyone else pays.
When we comply, it's as if we're gazing at this poisonous waste and telling businesses, "You made it, but we’ll deal with it."
I have a better idea.
"you made it, you deal with it" perhaps?
Isn't that a better explanation?
Imagine if, instead of building up poisonous e-
waste in our garages and
on the streets of Guiyu, we sent it to the CEOs who created it.
You can bet they'd call their designers and demand that they stop designing for the landfill.
"Extended Producer Responsibility" or "Product Take Back." is the process of forcing businesses to deal with their e-
waste.
It would b
e cheaper for them to build longer-
lasting, less hazardou
s, and more recyclable items in the first place if all these obsolete electronics were their problem.
They could even make them modular, so that if one part breaks, they can simply send us a replacement rather than returning the entire ruined mess. 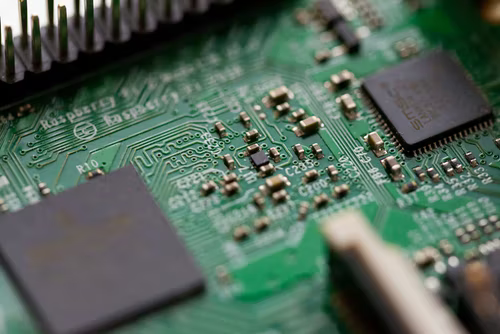 Take-
back laws are already b
eing enacted throughout Europe and Asia.
Many towns and states in the United States are enacting comparable legislation, which must be safeguarded and improved.
It's time to enlist the help of these geniuses.
We are launching a race to the top where designers compete to develop long-
lasting, to
xic-
free items, t
hanks to take-
back regulations and c
itizen action to demand greener products.
So, how about a green Moore's law?
How about halving the use of harmful chemicals every 18 months?
Will the number of poisoned workers continue to fall at a faster rate?
We need to set a challenge for these designers so that they may do what they do best: innovate.
Some of them have already realized they're too brilliant to be trash designers and are working on developing computers without PVC or harmful flame retardants.
Guys, you did a fantastic job.
But there's more we can do.
We can ensure that our e-
waste is not sent t
o underdeveloped countries when we take it to recyclers.
We can also choose greener products when we do need to acquire new electronics.
However, we will never be able to shop our way out of this difficulty since our options inside the store are constrained by the decisions made by designers and policymakers outside of the store.
That is why we must band together with others to demand stricter regulations on dangerous chemicals and the prohibition of e-
waste exports
.
There are billions of individuals who want to get into the amazing web of knowledge and enjoyment that electronic devices provide.
But it's access they're after, not all that hazardous waste.
So let's get our heads together and establish an electronics business and a global civilization that is built to last, rather than sending the old design for the trash mentality to the garbage where it belongs.
at April 01, 2022
Email ThisBlogThis!Share to TwitterShare to FacebookShare to Pinterest
Labels: dell for home., electronic careers, electronics as a career, electronics career, fry electronics, fry electronics near me, fry's closing, fry's electronics closing, is fry's electronics going out of business
Location: Mumbai, Maharashtra, India