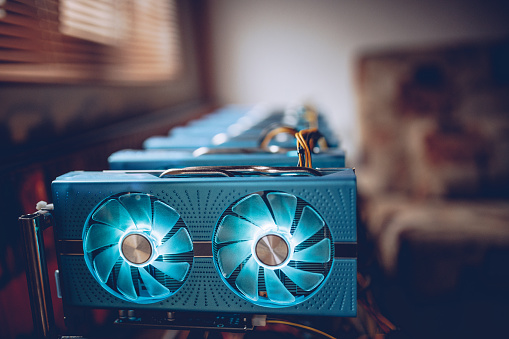 A graphics card is one of the most critical components of your PC for gamers, broadcasters, and content makers.
The graphics card, commonly known as a "GPU," is in charge of creating the data and pictures that appear on your computer's screen.
The faster information can be presented, and the better your visual experience will be overall, the more powerful the GPU.
The first thing to ask yourself when selecting a graphics card, like with every other PC component, is: how will you use it?
The GPU will be your most significant buy if you're creating a PC to play games.
Other components, like as the CPU and RAM, might impact performance, but purchasing a GPU that's too weak for your selected games is a surefire way to be disappointed.
Some games will not even start.
There are several types of games, and not all of them need the highest powerful GPU available.
That's why it's critical to examine a game's needed, recommended, and ideal specs before purchasing a GPU.
Investing in the greatest GPU you can afford will help you future-
proof your system a
nd keep it ready to play popular games that have yet to be launched.
Even if you're not a PC gamer, you may require a powerful graphics card for a variety of reasons.
Video editing and computer-
aided design and manuf
acturing apps like AutoCAD, for example, can benefit from the GPU's superior performance.
In fact, a class of GPUs has been created expressly for these professionals.
These workstation GPUs are designed specifically for these applications, and their drivers have been tested for stability and reliability.
Because they're meant for workstation applications, they're not necessarily the greatest at powering games.
In this video, we'll concentrate on gaming graphics cards.
When it comes to GPUs, there are two manufacturers to choose from: Nvidia and AMD.
Historically, these two firms have competed for supremacy in the GPU industry, with Nvidia dominating until recent years.
Nvidia still has a stronghold on the market, but AMD's latest graphics cards have leveled the playing field.
When it comes to GPU buying, one of the buzzwords these days is "real-
time ra
y-
tracing," which is a visual technique that allows for more realistic lighting, shadows, and reflection effects.
There's cons
iderable dispute about how important this technology is for improving game images, but for the time being, it's only available on the Nvidia side of the GPU world.
If you want to play games that utilize RTX features, an Nvidia 20-
series or
Super card is a solid contender.
According to the November 2019 Steam Hardware and Software Survey, Nvidia's GTX 1060 is still by far the most popular graphics card.
However, AMD's latest RX 5700 and RX 5700 XT GPUs, which were released in 2019, are starting to gain traction.
It will take some time for AMD to catch up to Nvidia in their most important audience, PC gamers, although the gap has been steadily closing in recent years.
We're living in an interesting time in GPU history. 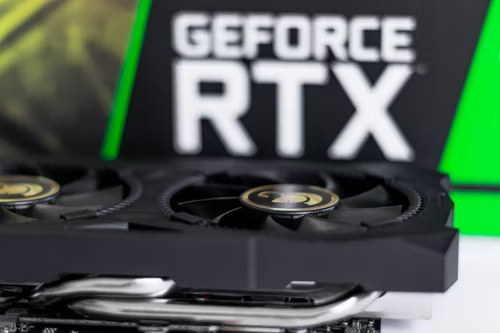 Rather than a single GPU manufacturer producing a superior product, AMD and Nvidia each provide unique advantages to everyone wishing to purchase a GPU.
There is no longer a single best solution for everyone.
You may choose a graphics card that meets your requirements, your budget, and your long-
term objectives.
As of the beginning of 2020, there are three levels of Nvidia cards and two tiers of AMD cards that cover the majority of customers wishing to upgrade or purchase a new GPU.
On the Nvidia side, we have the following:
The RTX 2060 Super is an entry-
level card for PC ga
mers on a budget who still want to play the latest games at high or maximum settings. It will also run most older titles at high or maximum settings.
Nvidia's mid-
range card, the RTX 2070 Super, is where things start to get pricy, but you'll be prepared when real- time ray-
tracing becomes ubiquitous.
You'll need at least a 2070 Super to play games like Control and Call of Duty: Modern Warfare with the newest graphic effects.
Finally, the RTX 2080 Super and 2080 Ti are both pricey cards, with the latter being far more so than the former.
Both can run any game at their highest graphical settings, and the 2080 Ti will most likely be able to do so for many years.
Them cards represent a high-
end that AMD d
oesn't yet match with an equal GPU, so if you're seeking to spend a lot of money on the greatest consumer graphics card, you'll want one of these.
Although AMD's graphics cards do not enable real-
time ray tracing, they
generally have more horsepower than their Nvidia equivalents at comparable prices.
You'll discover the following for AMD cards:
In most benchmark testing, AMD's low-
end card comes in just below
the 2060 Super.
If you want to render videos but don't want to spend the money on a mid-
range card, this is an excelle
nt option.
AMD's mid-
range card,
the Radeon RX 5700 XT, lags behind Nvidia's 2070 Super while outperforming the 2060 Super.
However, the price difference between the 2070 Super and the 5700 XT is significant: the 5700 XT is generally $250 less expensive.
Most recent games may be played at high or extreme graphics settings on the 5700 XT, however it does not support ray tracing.
When picking a card, take your favorite games in mind as well.
On an AMD card, games built on the AMD architecture, such as Borderlands 3 or Apex Legends, will often perform a little smoother.
Nvidia titles like Call of Duty: Modern Warfare or Metro Exodus, on the other hand, may run smoother with an RTX card.
If you're just going to play a few games, it's worth seeing which GPU family they're optimized for.
When searching for a graphics card, you'll most likely be looking at models from ASUS, Gigabyte, EVGA, and MSI, which all put their own unique twists on NVIDIA and AMD's fundamental technology.
The GPU model is the most significant of all the numerous specs you'll come across when learning about GPUs.
This is the metric that indicates where the GPU stands in terms of overall performance.
The performance of the individual graphics cards inside a GPU model might vary based on a variety of things. 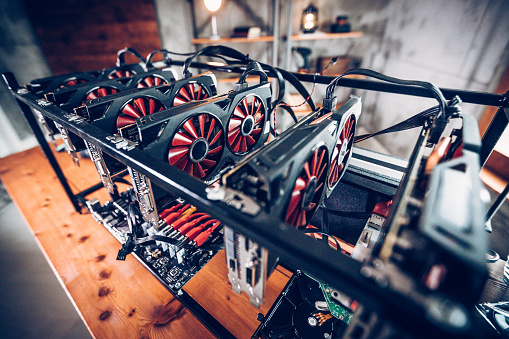 When it comes to getting the most bang for your buck, reading reviews and comparing standards might assist.
It's also crucial to understand what sort of power supply a graphics card demands.
This is usually a mix of six- and eight-
pin connections, wh
ich the power source must deliver in adequate amount.
Graphics cards have their own memory, which stores the data required to show data on the screen.
For high-
performanc
e games that employ enormous quantities of data to depict on-
screen
pictures, the amount of RAM in your GPU is critical.
You'll also need extra graphics RAM if you're running several 4K screens.
However, if you buy better graphics cards, you'll receive more graphics RAM, so as long as you get a GPU that's fast enough for your preferred games, you should have enough RAM built-
in to go with it
.
PCIe slots are now used by all discrete GPUs.
However, GPUs come in a variety of slot sizes, including single, double, and triple slots.
You'll want to make sure your PC's motherboard and casing have adequate room for your GPU, as well as any other components you wish to add.
It's also a good idea to acquire a motherboard with reinforced PCIe slots if you're running a very large or hefty card, such as NVIDIA's 2080 Super or Ti versions, to reduce GPU sag.
Of course, a GPU isn't worth much on its own.
To be usable, it must be linked to a display.
The most popular connectors these days are HDMI and DisplayPort, which can be found on almost all graphics cards
—
usually at least
one of ea
ch.
When purchasing a GPU, make sure it has enough connectors of the appropriate sorts to support the displays and VR headsets you want to use.
Although adaptors for some ports are available, you'll have a lot simpler experience if you can avoid it.
You should have a good concept of how to choose the best graphics card for your needs by now.
The next step is to limit down your options based on features, performance, and cost.
at March 09, 2022
Email ThisBlogThis!Share to TwitterShare to FacebookShare to Pinterest
Labels: gpu vs graphics car, graphics card comparison, graphics card comparison list, graphics card for pc, graphics card hierarchy, graphics card vs gpu, what graphics card do i have, will graphics card prices drop
Location: Mumbai, Maharashtra, India