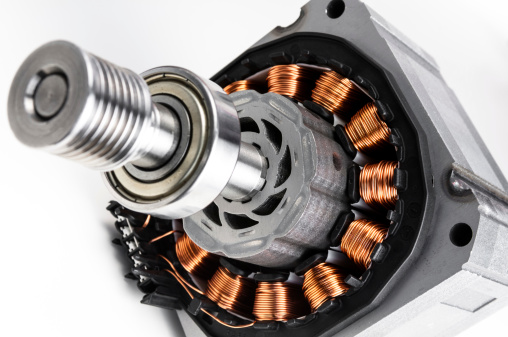 Many products in your home include electric motors, including children’s toys, table fans, toothbrushes, hairdryers, and this electric cutting knife.

How does the electric motor, on the other hand, work?
When you switch it on, it begins to rotate.
What is the reason behind this?
In this blog, we’ll go over the fundamentals of electricity and magnets before piecing everything together to figure out how a motor works.
Let’s begin with a concept known as a circuit.
You’ve got a battery, some cables, and an electrical gadget, such as a light bulb.
The circuit is powered by electricity.
When a wire is broken, however, the power stops flowing and the light bulb turns off.
For the circuit to operate, the route must be completed.
The best way to achieve this is to utilize a switch.
The wire is carrying electricity.
The term for this is “conventional flow.”
The current will flow in the opposite direction if we remove the battery and flip it.
Although the light bulb will function in either situation, other gadgets will function differently depending on which way the current travels.
So, that’s the fundamentals of a circuit.
Let’s head over here now.
This is a magnetic device.
It has two poles, one in the north and one in the south.
It also seems to be drawn to other metal things, such as these paper clips.
When you bring another magnet near it, the opposing poles attract each other, whereas the same poles repel each other.
It is not necessary for the magnets to be in this form.
Some magnets, such as this one, may be more flat.
This magnet may be thought of as constantly on.
It’s constantly in operation.
It’s impossible to turn it off.
It’s for this reason that it’s frequently referred to as a “permanent magnet.”
It’s made up of smaller magnet domains that are aligned in the same direction, but I’ll show you later how this isn’t always the case.
Let’s drill a hole in the center of one of our permanent magnets and place it on something that will allow it to rotate.
Now is the time to add another magnet to it.
Our rotating magnet will align itself until the opposite poles are perfectly aligned.
Replace the side magnet now.
The same poles repel each other, whereas the opposite poles attract each other.
If we keep changing out these side magnets, our spinning magnet will continue to spin.
The rotating magnet principle is really essential.
We’ll get back to it shortly.
This is a non-

tal bolt.
It’s made up of magnetic domains that point in all different directions.
Let’s take a wire and wrap it around a few times before making a circuit.
The magnetic domains are forced to line up by the current flowing through the wires.
That implies we’ve just created a magnet, or, to be more precise, an electromagnet.
It can perform the same functions as a permanent magnet.
It features a north and south pole that attracts or repels other magnets, and it can pick up metal bits.
The electromagnet, on the other hand, is unique in that it can be switched on and off like a light bulb.
With a permanent magnet, you can’t do that.
Now see what occurs when the battery is switched on.
The electric current used to travel in this direction, but now it flows in the other direction.
Our magnet’s poles will flip locations as a result of this.
The north will transform into the south, and the south will transform into the north.
“reversing the polarity of an electromagnet.” is the term for this.
Switching the wires instead of turning the batteries is a more convenient option.
If you leave the electromagnet on for a long time, it will become extremely hot.
Let’s return to our rotating magnet. 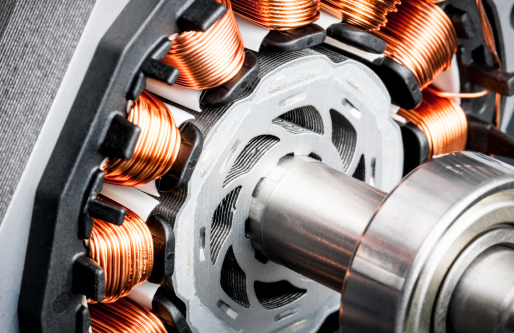 This time, we’ll use our electromagnet instead of the spinning magnet.

The magnet turns on as soon as the wires are connected, and it aligns with the side magnet.
In actuality, connecting these wires would prohibit the bolt from spinning freely, but the notion of the spinning electromagnet is what matters here.
Let’s reverse the poles on the electromagnet by switching the cables.
The same poles repel each other, whereas the opposite poles attract each other.
Reverse the polarity once again.
Poles with the same pole repel each other, while poles with opposing poles attract each other.
Our electromagnet will keep spinning if we keep changing the polarity.
Let’s add another permanent magnet on the side to make this even more powerful.
Take note of how the south pole is facing the center and the north pole is facing the center on this side.
The magnets on the sides work together to spin the central one.
This displays the very fundamentals of an electric motor, but there are a few things we can do to improve it.
Stronger curved magnets can be used in place of the two side magnets.
We’ll also utilize a metal loop instead of a bolt with wires.
This is referred to as the armature.
We’ve re-created a circuit by connecting our wires.
This time, imagine the electromagnet as flat, with the south pole facing up, as shown.
The armature will now spin until the poles on the opposing sides are aligned.
We can maintain it spinning by swapping the wires in the same way we did previously.
But sitting here and manually switching these cables is a lot of labor.
A commutator is required to be added to the armature.
It’s a ring that has holes on both sides.
The commutator will spin at the same speed as the armature.
The circuit is now connected with two brushes on the side.
As the commutator spins, these brushes will glide along.
They’re also spring- 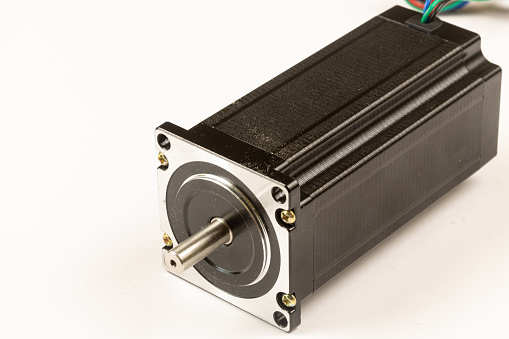 It’s almost as though the loops will switch roles as electromagnets.

Many loops are added to the armature of some electric motors.
This assures that the motor will continue to spin indefinitely.
Torque is the term for the spinning force on the armature.
A quicker spin is associated with more torque.
There are a few things we can do to increase the motor’s torque.
When there are more wires, electromagnets become more powerful.
This is true as we wrap additional wires around the metal bolt, as well as when each of our armature loops consists of many wires.
The motor’s electromagnets will be stronger, allowing it to spin quicker.
If you look at photographs of genuine electric motors, you’ll see that they have a lot of cables wrapped around them for the same reason.
The electromagnets get stronger as more wires are wrapped around them.
Using additional electricity is another approach to make something stronger.
Let’s go over a couple more terms now.
The stator is the portion of the machine that does not move.
It’s the two permanent magnets on the side in this situation.
These fit inside the motor case’s edges.
The central armature is sometimes known as a rotor.
This is the section that rotates, so keep that in mind.
The axle passes through the centre of the motor and then emerges from the back.
A DC motor is what I’ve showed you in this blog.
There’s a strong possibility that every gadget that moves and is powered by a battery contains a DC motor.
Other sorts of electric motors will operate in a somewhat different manner than the one I’ve demonstrated here.
The majority of motors, regardless of type, produce some form of spinning motion.
We can utilize it to make various gadgets move after it’s spinning.
In this example, it’s a toy for children.
Alternatively, you might use a room-

The motor’s spinning can be transformed into various forms of motion, such as the side-
to-

shown in this fan.
Or how about this electric knife for cutting?
Each blade alternates between forward and backward motion.
The process begins with the motor rotating to move a gear, which then pushes these two parts back and forth.
So, perhaps, this article has sparked a few ideas in your head.
Head over to Brilliant if you enjoy learning new stuff.
This is a math and science-

mobile app.
The concept behind this is that you learn by doing.
Choose a topic.
It begins with the fundamentals and gradually becomes more sophisticated as you go.
I appreciate how fundamental ideas, such as the area of a circle, can be seen visually.
You’ll understand why the equation works.
Doing things yourself is the greatest way to learn.
Solve engaging and interactive exercises to master the principles, and look at that, they even have a course on electricity and magnetism.
In this blog, you can learn more about the topics you’ve seen.
Thank you for taking the time to read this.
19.075983772.8776559