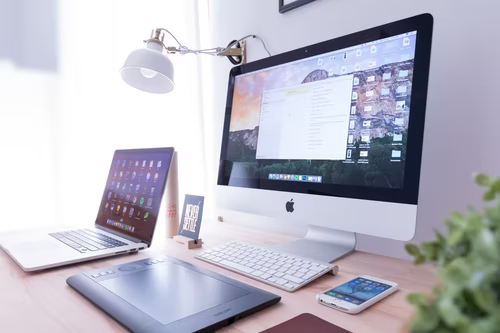 MacOS has a lengthy history, dating back to the first classic operating system in 1984.
It popularized the graphical user interface and the mouse, setting a new standard for computing.
MacOS has gone through several changes since its first release, but that's a topic for another article.
Today, I'll explain why the latest macOS version, dubbed "Big Sur," is so important. It'll be released sometime this autumn.
It ushers in a new era for the Mac, laying the framework for future models to have Apple's custom  designed  ARM processors, which might revolutionize how Macs are used.
Steve Jobs announced Mac OS X, stating that it will be the operating system for the Mac for the next two decades.
And he was almost entirely correct.
Over the course of nineteen years, Mac OS X went through sixteen major incarnations.
In 2019, Mac OS 10.15 Catalina was released.
"What comes next?" was the main question on everyone's mind.
What revolutionary improvements would be implemented in a Mac OS 11 to usher in an entirely new era for the Mac?
Big Sur has a number of new features that not only assist modernize the Mac, but also redefine its place in Apple's ecosystem.
The first is the way it works.
Apple began copying features of the iOS UI as early as 2014 with macOS Yosemite, in response to the rising popularity of mobile devices such as the iPhone and iPad.
It had a slimmer system typeface, like iOS 7, and replaced skeuomorphic design components with flat ones. It also included transparent windows and blur effects to generate depth.
However, Yosemite's iOS characteristics were mostly aesthetic.
It still worked like a Mac, which was a very different experience than using a touch-
based iPhone or iPad.
Take a look at what's going on in Big Sur, for example.
It does, after all, have the most significant user interface update since the first edition of Mac OS X.
This new appearance, though, isn't only cosmetic.
Apple had to update the design of Big Sur due to changes in functionality.
The addition of a control center alters how consumers interact with their menu bar.
The Notification Centre has been upgraded to have the same functionality and look as iOS and iPadOS.
And have a look at the new Finder window design, which looks very similar to the Files app from iPadOS 14.
But this is only the start.
Almost all of the icons in Big Sur have been altered to a rounded square, similar to what you'd see on iOS.
Apple has even made it feasible for iOS apps to operate on their forthcoming ARM Macs without requiring any additional effort from developers.
And, if it seems familiar, it's because it's exactly what occurred when the first iPad was introduced.
Developers could optimize their programs to take use of the iPad's bigger display, but they didn't have to because the iPad was backwards compatible with all iPhone apps.
Take a look at how the iPad has evolved over the last ten years.
Initially, it was nothing more than a larger iPod that ran the same iOS operating system as the rest of the iOS devices.
However, it finally got so many distinct features tailored to its bigger form size that Apple had to separate the iPad's operating system from the iPhone's.
As a result, we now have iOS and iPadOS.
When it comes to the Mac, though, I believe the opposite will occur.
Over the next several years, Apple will continue to bring it closer to iPadOS so that consumers may move between their iPhones and Macs with the same ease and consistency that they can between their iPhones and iPads. 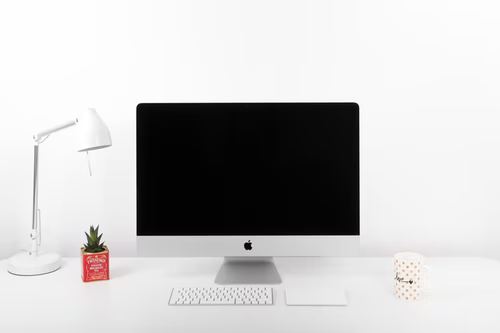 However, one difficulty that Mac users still face today is a lack of storage capacity.
As a result, I recommend using CleanMyMac X to clean up old junk and prepare your Mac for future macOS versions such as Big Sur, which will be released this autumn.
Macs accumulate garbage files that you may have only required for a short time but that take up space indefinitely.
That's why, once a week, I run a smart scan on my MacBook Pro, which eliminates roughly 10 GB of junk.
It also allows you to examine and control program permissions, searches your system for malware and removes it, and shows you which files and apps are using up the most space so you can delete huge items you don't need.
Using the link in the description, you may sample CleanMyMacX for free, and if you like it, the upgrade is only $35 per year.
Now, I should point out that with Mountain Lion in 2012, Apple began integrating iOS functions like Game Center and iMessage into macOS.
Indeed, Apple's recent measures have encouraged suspicion that the two firms' operating systems would be integrated into a single operating system that will operate on all iPhones, iPads, and Macs.
This, however, would never happen.
And now that we have things like the Apple Watch and Apple TV, the reason why is clearer than it was in 2012.
Because the Apple Watch's display is far too tiny for that interface, we don't anticipate iOS to operate on it.
We also don't anticipate iOS to work on Apple TV because it isn't designed for use with a remote.
In 2007, a distinct mobile operating system was designed for the iPhone for the same purpose.
Apple realized they couldn't fit a cursor-
based operating system
onto a small smartphone and provide a decent experience.
And they aren't going to start today.
Because each Apple device has a unique form factor, it requires its own optimized operating system.
Many people wonder if the Mac's form factor will change if it's powered by Apple's own ARM CPU.
And the answer is yes, but only in a way that benefits the computer user.
Rather of fundamentally altering the definition of a computer,
Users, for example, enjoy the peaceful, cool experience that fanless iPads and iPhones provide.
With Macs operating on ARM, Apple may be able to do away with fans completely, providing consumers with a far more fulfilling experience. 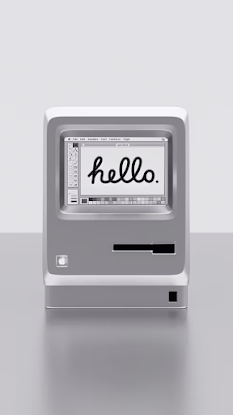 People also adore the all-
day battery
life of their iPhones and iPads, but due to Intel's processors' high power consumption, Macs have long struggled to achieve similar battery life.
As a result, the Mac will remain a typical computer with a trackpad keyboard but no multi-
touch screen.
That's w
hy, in order to provide the greatest experience possible in that physical factor, it'll still need its own optimized operating system.
That isn't to say that elements can't be taken from one product to another if it makes sense.
The bigger buttons in macOS Big Sur, for example, don't necessarily signal that the next Mac will feature a touch display; they may just be there to prevent misclicks.
Alternatively, you may prepare for a new circular cursor, similar to the one found on the iPad.
Apple, after all, values consistency in the aesthetic and performance of its products.
The iPad's popularity stemmed in part from the fact that it appeared and functioned identically to the iPhone, which many people already had.
The Apple Watch, meanwhile, ran on an operating system that was effectively a scaled-
down version of iOS.
As a result, it was also simple to understand for established Apple users.
However, the Mac has always seemed out of place.
Especially when compared to Apple's other ecosystem items.
And I believe it's because the Mac predates the age of mobile devices.
Apple devices such as the iPad, Apple Watch, and Apple TV have been designed in the image of the iPhone since its release.
With an iOS-
inspired operating syste
m, a unique ARM processor, and optimized compatibility, the iPhone XS has a lot going for it.
The Mac, on the other hand, arrived with an operating system from 2001, a CPU from third-
party firms like a
s PowerPC and Intel, and a focus on one-
way compatibili
ty for gadgets like the iPod.
Because the Mac acted as a hub for your mobile devices at the time.
But a lot has occurred since then, and I believe Big Sur represents the start of the shift Apple needs to make to keep the Mac relevant and logical in their ecosystem.
Thank you for watching, folks.
Remember to subscribe so you can help me choose which subjects to discuss, and I'll see you in the future blog.
at January 20, 2022
Email ThisBlogThis!Share to TwitterShare to FacebookShare to Pinterest
Labels: mac os, mac os big sur release date, mac os latest version, mac os reinstall, mac os release date, mac os task manager, mac os update list, mac os version history, mac os versions, what macos do i have
Location: Mumbai, Maharashtra, India