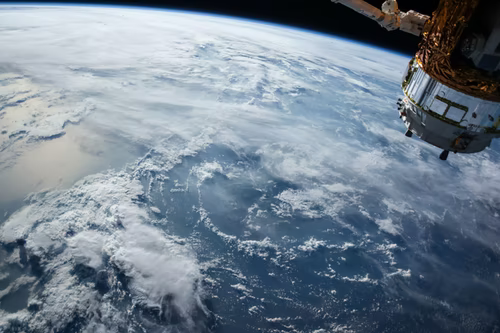 You have an internet connection if you're seeing this
blog, even if you reside in a region with restricted providers or network speeds.
Having access to the internet, however, ma
y benefit everything from leisure to employment to education and health care.
However, 41.3 percent of the world's population does not have any internet connection.
And that's where SpaceX's Starlink comes in, which is on the verge of starting its service.
What exactly is it, what are the most recent developments, and why should you be concerned?
Hello, my name is
Kunal
Katke, and I'd like to welcome you to Tech-bloging.com.
As I have stated, internet access is not universal.
Only around 40% of the world's population has internet connection, and even in locations where it is available, it might be inconsistent if you are not in a more metropolitan area.
Africa, the Middle East, and Asia are falling behind North America and Europe in terms of economic development.
Given the quantity of prospective clients, laying extensive cable lines into rural areas can be pricey.
Even laying down wireless signals in those locations is expensive, which is why there are still numerous areas in the United States with limited bandwidth or no signal at all.
Only roughly 61 percent of rural regions have access to broadband, despite the fact that 96 percent of metropolitan areas have.
Because a single satellite can cover a broad region, satellite internet service eliminates part of that difficulty, but there are also significant drawbacks.
Satellite internet services now rely on geostationary satellites orbiting more than 35,000 kilometers (22,000 miles) above the earth's surface.
The first important issue is latency, which is caused by the distance.
It takes around 120 milliseconds for a radio signal to reach a geostationary satellite, and another 120 milliseconds for the signal to be relayed back to the earth.
In principle, you should expect a round-
trip delay
of at least 240 milliseconds, but in fact, you should expect a round-
trip latency of 400-
600 milliseconds.
It moves at a speed of 12 times that of what you perceive on the ground.
Then there's the issue of how much bandwidth a single satellite can manage at any one time, which can have an impact on download and upload rates for everyone using that satellite.
As a result, your maximum upload and download rates will most likely be limited, and you'll have to deal with monthly data restrictions.
Viasat and HughesNet are two of the current possibilities, with prices ranging from $30 to $150 per month for speeds of up to 12 Mbps.
And Viasat's current satellite capacity is around 260Gbps, which is shared by everyone who uses it.
This implies that there is room for competition, and that's where SpaceX's Starlink comes in.
What sets Starlink apart from other satellite internet providers?
It's a constellation of low-
earth orbit
(LEO) satellites that operate at a height of 1/3 to over 1/100 that of geostationary satellites.
As of April 22, 2020, the Starlink constellation consists of 422 satellites, the majority of which are orbiting at a height of 550 kilometers (340 miles).
In phase 1, they hope to launch 60 satellites each Falcon 9 mission, for a total of 4,400 satellites.
In phase two, they'll add another 7,500 people.
So, by 2027, they'll have approximately 12,000 satellites spread across three orbital shells.
SpaceX has also submitted paperwork for an extra 30,000 satellites, though this isn't assured.
Why are there so many satellites?
Because low-  earth- orbit satellites    are so close to the earth, they can't stay steady.
They must travel quicker to maintain their orbit, and their coverage cone is narrower.
However, being that near has a significant advantage in terms of communication latency.
It will have latencies in the range of 25
-
35 milliseconds, m
aking it si
milar to cable and fiber optic networks.
However, when using lasers to communicate between satellites, like Starlink will do in the future, it gains a physics boost.
Light travels 47 percent quicker via a vacuum than through glass, such as a fibre optic cable.
So, even after accounting for broadcasting from the planet and back, the quicker laser transmission speeds between satellites will offer the network a latency edge compared to lengthy stretches of fibre on earth.
And each satellite will be able to handle 1 Tbps, which is roughly 4 times the capacity of Viasat.
That’s nearly 40,000 individuals watching 4K video at once.
While all of that sounds wonderful, this isn’t a service that’s supposed to wipe away terrestrial internet access. 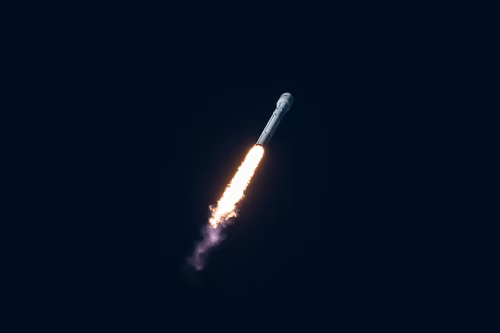 It's a service aimed at a smaller section of the market, namely less heavily inhabited areas.
Elon spoke about it at the Satellite 2020 conference just a few months ago.
The size of the cell is enormous, which is a challenge for anything space-
based.
It works well in low-
to-
density ones.
We'll have a modest number of consumers in Los Angeles, but we won't be able to have many since the bandwidth per cell is simply insufficient.
Musk, Elon
It will exceed all that has come before, with tens of thousands of satellites being sent into space.
We've only sent around 9,000 items into space thus far in our history.
And just around 6,000 of those are still in operation today.
In 5 to 7 years, SpaceX will have tripled that number.
And if they go forward with the extra 30,000, it's easy to see why so many people are concerned about overpopulation and space debris.
You've undoubtedly heard about Kessler syndrome if you've seen the movie Gravity.
It's the idea that a collision between two objects in a densely packed area of space might result in a cascade of devastation.
The FCC asked SpaceX to follow very rigorous plans to reduce space trash, which entailed reaching a greater degree of de-
orbiting dependability
than NASA requires: 90% of satellites de-
orbit correctly.
Sp
aceX told the FCC that it will "develop an operational plan for the orderly de-
orbit of satellites
towards the end of their useful lifetimes at a rate substantially quicker than is needed under international standards," with a planned lifespan of 5-
7 years.
The SpaceX satellites will "de-
orbit by protensively t
ravelling to a disposal orbit from which they will reenter the Earth's atmosphere after about one year after completing their mission," according to the company.
As the satellites deorbit, almost 95 percent of their pieces will disintegrate in the Earth's atmosphere.
Concerns concerning the influence on astronomical observations have also been raised.
Astronomers are concerned about light pollution since the satellites are very visible when launched and as they approach their final orbit.
SpaceX has been collaborating with astronomers to solve these problems, including blackening portions of newer satellites to prevent reflection.
Alternatively, they can change their orbit direction to reduce how much sunlight the satellite catches and reflects towards the Earth during its orbit.
Adding a sun cover on the satellite to assist reduce reflections is also an option.
VisorSat is the name given to it.
There are still a lot of unanswered issues regarding how this may affect visual and radio telescope observations in the long run, but SpaceX is working hard to answer them.
SpaceX isn't the only business working on broadband constellations in low-
Earth orbit.
Telesat, Oneweb, and Amazon all have ideas, but no one has yet successfully built a business based on this technology.
Amazon is working on Project Kuiper, a 3,200-
satellite constellation,
but has yet to launch any satellites.
In March of 2020, OneWeb, which deployed 74 satellites, filed for bankruptcy.
"Guess how many LEO constellations haven't gone out of business?
Zero.
Zero.
Iridium is presently doing well, but Iridium 1 has gone bankrupt.
Worldcom was declared bankrupt.
Globalstar has declared bankruptcy.
Teledesic has declared bankruptcy.
Am I forgetting anyone?
There were a few more who didn't make it very far and eventually went bankrupt.
In any case, they were all declared bankrupt.
Musk, Elon
So you're putting your efforts towards making it function first?"
-
Jeffrey Hill &amp;
"I'm not broke."
Musk, Elon
The firm that can get up and running first, which appears to be SpaceX, will have a huge financial potential.
They predicted the entire cost to be over $10 billion in 2018, which is a hefty sum for a corporation that is expected to generate $3 billion to $5 billion in annual revenue from launches by 2025.
By 2025, Starlink is expected to generate $30-$50 billion in annual revenue.
But for Elon and SpaceX, that's only a means to an end.
"We see this as a method for SpaceX to earn cash that can be utilized to construct bigger and more powerful rockets and spaceships," Elon stated in a press conference before the launch of the first Starlink satellites.
We believe we can use Starlink's earnings to help support Starship.
Musk, Elon
That brings us to our ultimate aim of becoming a multi-planetary species. 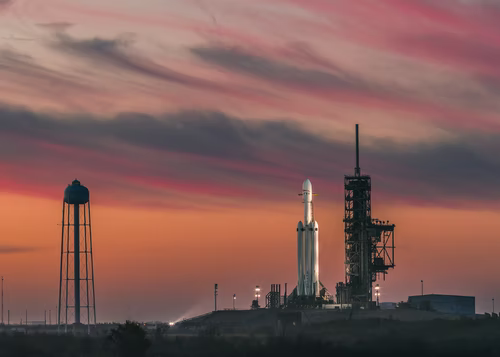 "History is destined to split in two directions because there are two essential routes."
One option is that humans stay on the planet indefinitely, with an ultimate extinction event.
I don't have a doomsday prophesy, but history shows that a doomsday catastrophe will occur at some point.
The other option is to evolve into a space-
faring civilization
and a multi-
lantern species,
which I hope you think is the best course of action.
Yes?
That's exactly what we're looking for.
(Martian Points)"
Elon Musk is a billionaire entrepreneur.
We won't have to wait long to witness Starlink in operation after we return to Earth.
But, before I get into when Startlink will be accessible, now is a good time to discuss having a VPN for your internet... whether it's terrestrial or space-
based.
The private beta service will launch in the northern United States and Canada in August 2020, followed by a public beta in November 2020.
Part of the reason for the limited coverage is the orbital location of the present satellites.
More locations will be added to the beta program as more satellites join the constellation.
It'll be fascinating to observe how effectively the system functions over the next year or two, as well as what potential it provides for mobility, internet access, and other enterprises.
Starlink will be most beneficial to communities with no or limited internet access, but it will also help areas with little competition.
It might be a significant moneymaker for high-
frequency stock traders
if it proves to have as low latency as claimed.
Low latency is beneficial to more than just gamers.
Starlink's predicted latency of 25
-
35 milliseconds
is quicker than anything now available to stock traders between major trading centers in the United States and Europe.
Starlink might be huge business in industries where every millisecond matters.
If you like this blog, you should also check out my Tesla
related blog.
Even if you're already familiar with electric vehicles, I'll go over some of the technical issues of charging and what it implies for our electric system.
Now, tell me what you think about Starlink in the comments section.
And, as usual, thank you so much for taking the time to read this.
In the next one, I'll see you.
at January 04, 2022
Email ThisBlogThis!Share to TwitterShare to FacebookShare to Pinterest
Labels: can i get starlink internet, how many starlink satellite, starlink satellite map, starlink satellite size, starlink satellite tracking, starlink satellites tracker., when can i get starlink internet
Location: Mumbai, Maharashtra, India