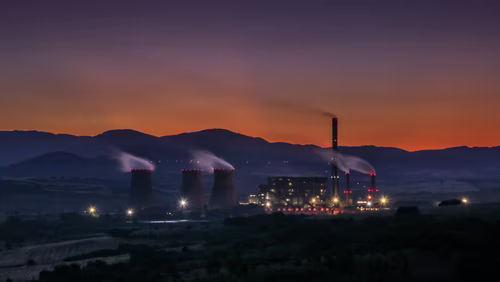 Nuclear fission is used in all commercial nuclear reactors.
There are 438 operational power reactors in the globe as of January 2022, with a total electrical capacity of 390 GW.
I grew up 12 miles from Indian Point Electricity Center, a nuclear power plant that provides one- quarter  of New York City's energy, which is a significant amount of power when you consider the city's and metropolitan area's population of over 10 million people.
Residents, however, are continuously concerned about pollution and safety surrounding the 57-  year- old power station, despite the plant's massive energy output.
My mother would frequently plan an emergency escape route for me and my brothers in the event that Indian Point failed and a calamity akin to Chernobyl, Fukushima, or Three Mile Island occurred.
These three tragedies have remained specters in the minds of the world, including many New Yorkers, and as a result, there has been enough opposition to force the Indian Point nuclear power station to close permanently in 2021.
Is this, however, a good thing, given that this nuclear power plant has produced fourteen percent of all of New York City's electricity for over fifty years?
What I really want to know is what role nuclear power will play in a complete shift away from fossil fuels and toward a carbon-
free society
.
As I discovered while researching this blog, the issue over nuclear power is nuanced, and it's critical to consider emissions, waste, cost, and safety when evaluating the usefulness of nuclear power as an energy source.
Let's start with emissions, which are a major consideration when determining whether nuclear power is a viable climate-
change
mitigation alternative. 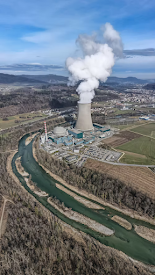 The lack of greenhouse gas emissions from power plants is cited by many proponents of nuclear energy as a primary rationale for increasing nuclear energy output.
While this is true for the energy-
producing n
uclear fission process, the operations that surround nuclear power, such as uranium mining and refining, need emissions.
According to the IPCC's life cycle evaluation of various fuels, nuclear power production emits roughly the same amount of greenhouse gases as renewable power generation.
Nuclear emissions, on the other hand, are significantly lower when compared to natural gas and coal.
As a result, nuclear power is less polluting than gas and coal, and it might be a feasible low-
carbon energy
choice.
However, waste and emissions are inextricably linked.
This is, understandably, a major sticking point for the anti-
nuclear movement.
No one has truly devised a long-
term viable
nuclear waste storage system.
Currently, onsite storage, long-
term deep
storage, or reprocessing fuel for use in other nuclear power plants are the three primary possibilities.
Reprocessing wasted gasoline appears to be the ideal option, but it isn't.
The spread of nuclear weapons might be one of the consequences of reprocessing spent fuel, according to the Union of Concerned Scientists.
More plutonium is produced as a byproduct of this recycling process, which may be utilized to make bombs.
Furthermore, only a small portion of the reprocessed waste may be reused, leaving you with a slew of additional radioactive compounds.
And, on top of that, recycling this garbage comes at a significant expense.
Long-
term storage
is, in the end, the only solution to our existing nuclear waste.
Unfortunately, Finland is the only country that is actively constructing a facility.
The others just dump their garbage on site, with no long-
term sto
rage choices or prospects.
The expense and safety of nuclear electricity are the other two major factors holding it back.
The disadvantages of nuclear power, when added together, render it an infeasible alternative for the rapid decarbonization of our global electrical system.
"Nuclear power is incredibly expensive and takes a long time to create."
Arjendu Pattanayak, a professor in the physics department at Carleton College, offers a subject on sustainable energy policy.
And this cost is in the region of a $9 billion per plant average in the United States, with the plant having the potential to cost up to "I don't believe $30 billion in 30 years is an unusual amount to hear for a single plant."
Nuclear energy generation costs about twice as much as conventional fuels, and it also requires someone with big money to fund the entire process.
Nuclear power is typically regarded as a nonrenewable energy source.
Nuclear energy is a renewable energy source in and of itself, however the materials utilized in nuclear power plants are not.
The cost of energy from a nuclear power plant may appear low once it is built, in part because of the small amount of physical fuel that must be transported to the plant, but the actual construction and decommissioning costs of these plants are huge financial burdens, especially when you consider that they frequently run over budget and way behind schedule.
You might be wondering to yourself at this point, "What about a country like France, for example?
Doesn't it support nuclear power for 75 percent of its energy consumption, and hasn't done so for many years? ""How many years?"
Regrettably, France is an aberration rather than the trend.
This is partly due to France's aggressive nuclear policies and top-
down political approach: "
The officials contacted their buddies and asked, "What should we do?" France has a top-
down political system.
..
"Let's go nuclear," they suggested, and they responded, "Okay," and they just kept going. 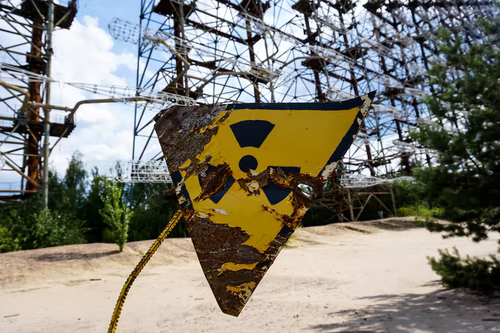 However, the time to deploy nuclear power as a transitional fuel for solar and wind power has passed in the United States and other nations that lack comprehensive nuclear power programs.
Nuclear power would require a tremendous amount of velocity, which does not appear to exist."
Indeed, in terms of cost and time, nuclear power isn't the answer if we want to swiftly decarbonize an electricity system like the United States' within the next 10
to
30 years.
Safety concerns, which, based on death counts, appear to be more a product of public perception than a real occurrence, contribute to nuclear power's unreasonably sluggish and expensive nature.
"Nuclear power is really the least hazardous per capita."
Nuclear energy causes far fewer deaths than coal, natural gas, or even wind and solar energy, according to Forbes.
However, this low fatality rate might be attributable in part to the stringent safety measures currently in place for nuclear power facilities.
Nuclear power is, in the end, a divisive energy source.
Nuclear energy takes a significant amount of initial cash and time to become a viable source of "clean" fuel, due to both public perception and the complexity of its system.
"I personally don't see nuclear roaring back," Professor Pattanayak agrees.
If all nuclear warheads are counted operational warheads, spares, active and inactive storage, and intact warheads slated for dismantlement the United States, Russia, the United Kingdom, France, China, India, Pakistan, and Israel have around 19 000 nuclear weapons.
Current nuclear power facilities will undoubtedly play a role in the shift away from fossil fuels, but renewables like solar and wind are still far from reaching their full potential, especially once battery storage is resolved.
Renewables are not only less expensive than nuclear power, but they can also be created swiftly and distributed globally in a decentralized manner.
Nuclear power has the advantage of a high power output, but it is a sluggish and inefficient beast.
We must investigate other energy sources if we are to make a rapid and successful transition away from a fossil fuel-
based electricity infrastructure.
Charlie here if you want to learn more about how to generate motion graphics like those in my posts.
Thank you for sticking it out to the end!
If you enjoy the blogs on Tech-
blogging.com and want to learn more, subscribe.
Thank you very much for your help.
at January 10, 2022
Email ThisBlogThis!Share to TwitterShare to FacebookShare to Pinterest
Labels: countries with nuclear power., how many nuclear power plant in world, is nuclear power renewable, nuclear power define, nuclear power is renewable or nonrenewable, nuclear power renewable or nonrenewable
Location: Mumbai, Maharashtra, India