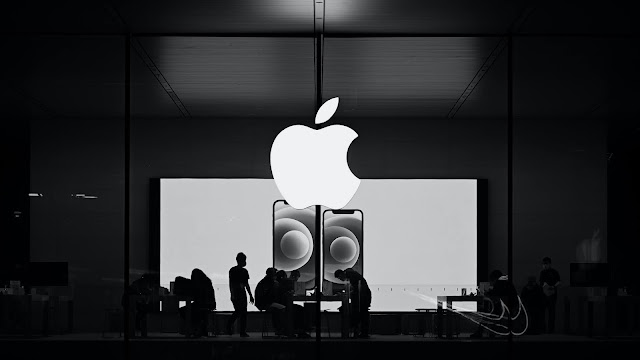 So, Apple has introduced four new iPhones, one of which is the iPhone 13 Pro, but how does it compare to last year's model, the iPhone 12 Pro? Well, I'm going to make a comparison for you today.
So that's right guys, the iphone 13 pro is the less expensive of the pro range, you do have the 13 pro max, but the 13 pro is still an incredible phone just as much as the 12 pro was when it was released last year in October, so let's get started with a comparison of the specs of the iphone 13 pro and the 12 pro.
The 13 pro is on the left, and the 12 pro is on the right, so let's start with the display type. Both of these phones have an oled display, which has been available on the iPhone since the iPhone 10 or iPhone X, whatever you want to call it. Next, let's talk about the screen size. Both of these phones have an oled display, and they're both 6.1 inches in size.
Next, we have the screen resolution, which is 19 by 5 by 9 for both of these iPhones, and the resolution on that screen is 2532 by 1170 for both of them. Finally, we have the pixels per inch, which is 460 pixels per inch for both of these phones because, at the end of the day.
The screen resolutions are identical, but when it comes to the display refresh rate, things change a little bit. On the iPhone 12 pro, we still have a 60 hertz display panel, which has been the same type of refresh panel we've had for many many years with the iPhone, but the iPhone 13 pro is the first iPhone to get a 120 hertz promotion display.
So this basic means it refreshes 120 times per second, which is brand new to the pro range on the iPhone this year, and then we have display protection, which both of these phones have the ceramic shield that first became available on the iPhone 12 last year. As far as we know, there has been no upgrade in this kind of technology, so the actual glass on top for both of these phones is the same. After that, we have the processor or CPU inside both of these phones, so for the iphone 12 pro, we have an a14 bionic chip with four efficiency cores, two power cores, and a four core GPU, but for the iphone 13 pro, we have an a15 chip with four efficiency cores, two performance cores, but they have been cranked up a little bit more in performance and speed. 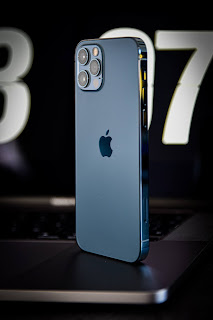 The chip is a little more efficient than the
GPU part of the iPhone 13 pro for the pro models only, where there is a 5 core GPU. Next, we have the ram amounts, which were upgraded last year with the iPhone 12 pro to 6 gigabytes, and are unchanged this year with the iPhone 13 pro, which has the same amount of ram as the iPhone 12 pro.
The real ram technology is the identical, therefore you'll have the same quantity of rams or bars of ram within each of these iPhones. After that, we have the actual storage capacity.
This changes quite a bit as well. Last year, we had the iPhone 12 pro, which came with 128 gigabytes, 256 gigabytes, and 512 gigabytes. With the 13 pro, we have the same starting amount of storages, but we finally have a one terabyte option for the iphone 13 pro models.
On both of these phones, there is no micro SD card slot, so if you don't want to store things elsewhere, you'll have to do so on your MacBook or laptop, or in the cloud, such as iCloud. Moving on to the operating system, both of these phones are fully compatible with Apple ios 15 and will be for many years to come.
They will both support the newest version of iOS battery sizes in the future.
This year, there are a few adjustments.
The iphone 12 pro had a 2815 milliamp battery, whereas the iphone 13 pro has a larger battery, which is now 3095 milliamps, and Apple claims that on average day usage, you should be able to get about a one and a half hour battery improvement over the iphone 12 pro, assuming you turned up your brightness and your sound was set to 120 hertz and
You won't get that extra hour unless you blast off some very intensive games.
Both of these phones are compatible with wired and wireless charging, and funnily enough, both of these phones have exactly the same charging technologies within them, thus the iPhone 12 pro and the iPhone 13 pro can charge with the same charger. Both the iPhone 12 pro and the iPhone 13 pro have exactly the same charging technologies inside them, so you can charge them with a 20 watt lightning cable into the bottom of both of these phones as long as you plug it into a USB C charger at the other end that supports 20 watts. If you plug it into a 30 watt or even a 50 watt charger, you'll still only get 20 watts for wireless charging, we have the magnate option, which was first introduced in the iPhone 12 series and has now been carried over to the iPhone 13 and 13 pro, allowing you to charge your phone at 15 watts for both of these phones.
Next, we have the weight of both of these phones, with the iphone 12 pro weighing 189 grams and the iphone 13 pro weighing 189 grams and now, the iphone 13 pro is slightly heavier at 204 grams, which is due to the larger battery inside it, as well as the fact that the 120 hertz panel is slightly thicker and heavier, so the actual iphone is ever so slightly larger, so it does weigh a couple of grams more than the iphone 12 pro from last year. Next, we have water resistance.
So both of these iPhone have an ip68 rating, which means they can go up to six meters under water in clear water for up to 30 minutes before some significant damage is done to both of them. I personally wouldn't recommend testing this out, but you can get your phone wet with other liquids as well.
However, try to keep it away from liquids as much as possible, but it's nice to know that if it does get wet for a short period of time, it's unlikely to permanently damage the phone.
So let's talk about the ports next. Both of these phones have a lightning port on the bottom, which has been there since around 2012
. However, none of them has a headphone port, so if you want to use wireless headphones, you'll have to use wireless buds or air pods.
First and foremost, let's talk about the speakers on this phone. Both of these phones have stereo speakers on the top and bottom, and there is no difference in the size of the speakers this year on the 13 pro versus the 12 pro, so you'll get roughly the same amount of sound from both of these devices.
First and foremost, we were discussing connectivity, and both of these phones support 5g technology. The iPhone 12 was the first phone to do so last year, but in America, you do get mm wave compatibility with a slightly faster sort of 5g connectivity, which you also get on the 13 pro. There aren't many differences between both the 5g sort of tech and the mm wave sort of tec.
Next, we have Bluetooth, which is the same on both phones. There isn't the newer standard 6.0 on either phone yet, maybe next year, but Bluetooth 5.0 is still.
The rear cameras are where things differ a lot, even though both phones seem quite similar on the back. They both have 12 megapixel wide ultra wide and telephoto lenses, as well as the ability to capture up to 4k video.
They also include the extra lidar sensor to help with some great portrait photography, but the main difference is that the iphone 13 pro's lenses and sensors are really bigger and let in a lot more light than the iphone 12 pro, so you get better nighttime shots with the actual iphone 13 pro. 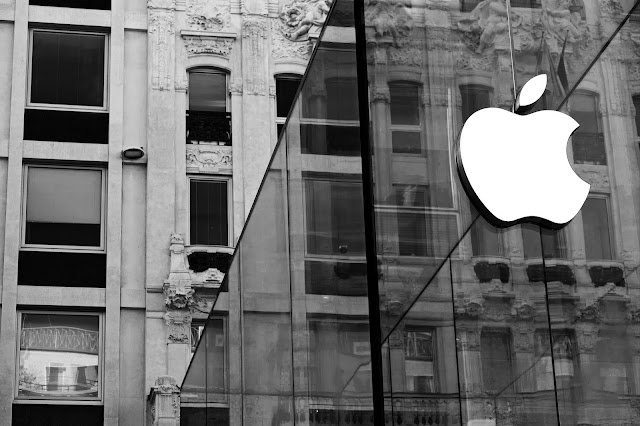 Additionally, you've got that brand new cinematic feature when you're recording videos on the iPhone 13 pro, and for the first time only on the pro model because the pro max on the 12 last year had this, you've got sensor shift technology (the actual 12 pro does not have sensor shift technology, only the 12 pro max did) but you're also getting that brilliance feature when you're recording videos on the iPhone 13 pro and also for the first time only on the pro model because the pro max on the 12 last
The only major difference you'll notice on the iPhone 13 Pro is that the notch where all the cameras and face id sensors sit is a little smaller. This is due to the speaker being shifted upwards, which allows all the sensors to be crammed in a little bit closer for pricing,
The good news is that the pricing of the iPhone 12 Pro has remained unchanged from the iPhone 13 Pro, thus the 12 Pro is now available for 999 dollars.
The iphone 13 pro starts at the same price, and both of these models come with 128 gigabytes of storage. Next, we have the colors, and both of these phones almost have the same colors, with the exception that the 13 pro now has something called sierra blue, which replaces a pacific blue that was released on the iphone 12 pro.
So it appears that Apple releases a new color every year.
What iphone model will you be buying this year? As you can see, the iPhone 13 Pro is an incredible phone this year, and I really like it. I also like the size of it because it's not too big, but it's a nice good size, and the iPhone 12 Pro is still an incredible phone, so if you can still get your hands on it on a special deal, I would still recommend looking into it because I really like it.
Let me know in the comments below whether you prefer the 13 pro, which has a slightly higher price tag, or the 12 pro, which now has a slightly lower price tag. At the same time, it's time to wrap up this
blog, so if you enjoyed it, please press the like button, and
At the same time, if you want to hear more apple news reviews and comparisons like this one, be sure to subscribe to this channel and turn on the notification bell. Until next time, folks, I'll see you very soon.
at September 21, 2021
Email ThisBlogThis!Share to TwitterShare to FacebookShare to Pinterest
Labels: iphone, iphone 13 120hz, iphone 13 colours, iphone 13 pro max price in usa, iphone 13 pro vs iphone 12 pro, iPhone 13 Pro., iphone 13 specifications, iphone 13 vs iphone 12 pro, Wait for iphone 13
Location: Mumbai, Maharashtra, India